How Did Pest Control Begin?

How Did Pest Control Begin? 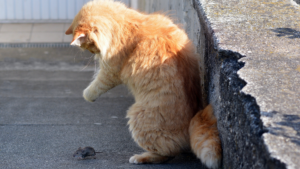 Fore score and seven years ago – well, maybe farther back than that, in 3000 BC, our dear beloved pest control industry got its start. A little like a Tom and Jerry cartoon, folks were using cats for pest control. As we all know, Tom never really catches Jerry, but the predator type of pest control still exists today.

Documented chemical controls buy use of sulfur, date to 2500 BC. Cultural controls by farmers were used as far back as 1500 BC. Even today, our agriculture partners try tipping the scales to find a favorable planting season to avoid common pest issues. Other farming practices for insect control include no-till, cover crops, and burning weeds. The use of botanicals began in 1200 BC, as did treating seeds with fungicides.

Arsenic and mercury were used to control head lice at one point. With all the safety regulations for pesticides, that would not be acceptable today. Egyptians and Chinese populations knew to use mosquito nets for protection. This method of control and exclusion is still very much in use today. Herbs and oils were a common pest control solution in 200 BC, but no data exists to prove efficacy.

Historical research has shown us that the world’s first pest control firm, Tiffin & Son who formed in the 1650s, was, in fact, the world’s first dedicated bedbug eradicator. They even held the Royal warrant for bedbug treatments and had a policy of only having 100 customers with regular auctions announced via the Times when vacancies occurred.

Still in business today in the UK and still dedicated to controlling bed bugs.

Those of us in the pest control industry know there is money to be made, but what we are doing is protecting quality life and property. 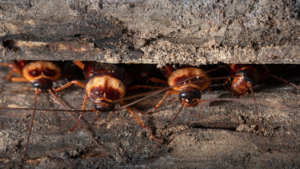 Our customers are somewhat squeamish when it comes to pests; otherwise, we wouldn’t have gotten those phone calls, emails, or text messages. I haven’t yet had a client call me to come see their pet mouse. I would be OK with that. I find mice to be rather cute, but I am a lot more cautious about handling them than I used to be.

In my pest control tenure, since 2008, I have learned way more than I ever thought I would care to know about mice and other health-related pests. Millions more pests pose some type of issue to humans and health. It’s not always about the disease, infections, or “what’s this bite from?”. Mental issues are becoming more common when dealing with pest-related issues. Delusional parasitosis is a real medical issue.

Pest control providers are always trained NOT to try and diagnose clients' medical conditions. It is best that we, as professional pest control operators refer to medical professionals. Tiffin & Sons are still helping the United Kingdom eradicate (in my opinion) the most feared, most hated pest. Bed bugs! We know these “suckers” are a tough one to handle. That’s been proven time and time again…..Since the 1650s.

Melisa Arnold is a regular guest blogger for The Pest Posse.

She has a great pest control blog, Pest Control Chatter

Make sure to check out her blog today.

Check Out the Pest Control Chatter

What is Your Why?

Are you using enough traps at...

Is your office staff ready...

What Are Soft Skills